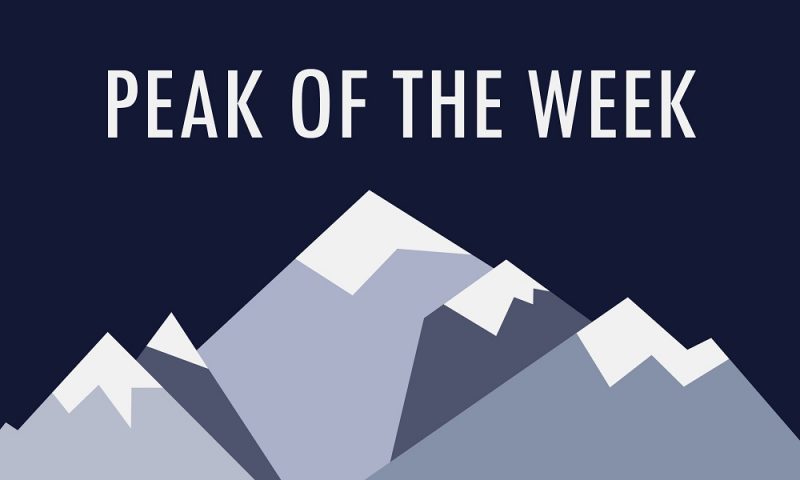 Peak of the Week: Peter’s Ultimate Test, Part 3 of 4

“Whoever acknowledges me before others, I will also acknowledge before my Father in heaven. But whoever disowns me before others, I will disown before my Father in heaven.” These are among Jesus’ most potent and challenging teachings while he was here on earth. They ring out as a warning to us as well as those who heard them in the first century. They are both encouraging as we contemplate Jesus acknowledging us as one of his own before God in heaven, but they are very sobering with the possibility of him disowning us before the Father. Never in his wildest imaginations did he think in the 3 ½ years of being trained by Jesus that he would be one who would disown the Savior! On one occasion, Peter told Jesus, “I am ready to go with you to prison and to death” (Luke 22:33). In Matthew’s account, his words were, “Even if all fall away on account of you, I never will” and then added, “Even if I have to die with you, I will never disown you” (Matthew 26:33, 35).

To get the full story, read Matthew 26. But for our purposes today, read verses 69-75. Next to the cross itself, Peter’s disowning the Lord has to rank as one of the greatest disappointments ever recorded in history!

WHY? HOW COULD THIS HAPPEN TO PETER, THE “ROCK”?
Here are some reasons for you and me to understand and learn a great lesson from them: PETER’S ULTIMATE TEST “Jesus looked at him and said, ‘You are Simon son of John. You will be called Peter (a rock).’” John 1:42 Series:

The Bible describes a very heart-wrenching moment when it says in Luke 22:61, “Jesus turned and looked straight at Peter.” This was after his three denials and the crowing of the rooster. Can you imagine that look? Can you imagine how the Lord felt? Can you imagine how Peter felt? He experienced bitter sorrow as he broke down and wept bitterly. Surely, he had failed the “ultimate test!”