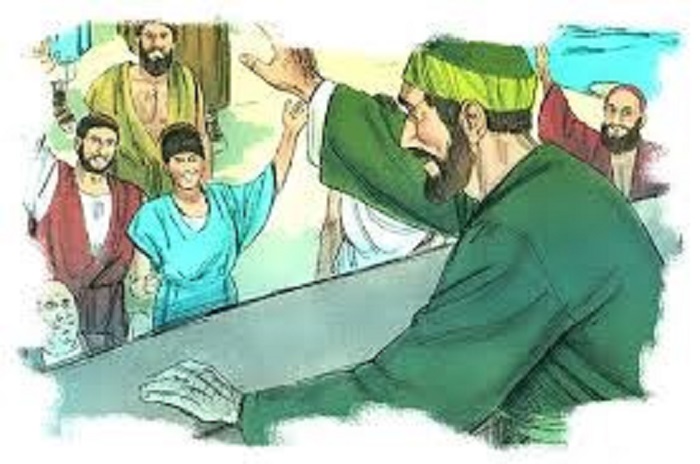 In Acts 20 we find Paul traveling through Macedonia on his way to Jerusalem as he was carrying the contribution to the poor saints there Acts 2:47. He writes of suffering a great deal both from believers and infidels 2 Corinthians 7:5-7. Titus joined him there and give good news of the church at Corinth and their great concern for Paul. He is traveling with eight of his most trusted traveling companions, some he would send to other churches some will proceed ahead of him and other would proceed with him.

This is the first mention of Tychicus as we read through the book of Acts. Acts 20:4 HCSB He was accompanied by Sopater son of Pyrrhus from Berea, Aristarchus and Secundus from Thessalonica, Gaius from Derbe, Timothy, and Tychicus and Trophimus from Asia. Here we learn of the varied background of Paul’s companion and that Tychicus hails from Asia. He was with Paul at Troas, and evidently journeyed with him, as one of “Paul’s company” (Acts 21:8 the King James Version), all the way to Jerusalem.

Tychicus is mentioned in four of the prison epistles written by Paul. Apparently, he was very capable, and Paul trusted him with several concerns in a variety of places. Ephesians 6:21-22 HCSB Tychicus, our dearly loved brother and faithful servant in the Lord, will tell you all the news about me so that you may be informed. 22 I am sending him to you for this very reason, to let you know how we are and to encourage your hearts. Ephesians is a city Paul was familiar with having worked there with Priscilla & Aquila for some time in his second missionary journey before continuing to Judea Acts 18. The Ephesian letter reflect little of the affection he certainly had formed while there. The letter seems a general epistle meant to be circulated in the region among many churches. Tychicus is trusted to share the news of Paul so the church there who knew Paul personally would be informed of his condition while in chains.

Colossians 4:7-9 Tychicus is sent with the letter to Colossae with the same task as Ephesus. He was to keep the church informed of their brother Paul the apostle, though they had not met they and the whole of Christendom waited to hear about Paul in prison in Rome. Paul trusted Tychicus with at least two other duties in Colossae. He had received word the church was being led away from the great sacrifice of Jesus the Christ to worship angels and keep the law. Paul trusted Tychicus along with Onesimus to carry, deliver and to enforce his letter in this church.

Tychicus was to accompany Onesimus back to Colossae. Surely, he could provide encouragement and companionship to the apprehensive Onesimus. Onesimus had additional letter of his own to deliver which Tychicus had no part in and that was to Philemon his owner before he ran away.

Titus 3:12 HCSB When I send Artemas or Tychicus to you, make every effort to come to me in Nicopolis, for I have decided to spend the winter there. Paul’s appeal to the emperor was apparently a success as he send Tychicus, to Crete to relieve Titus to come to Nicopolis to report on the church and generally assist Paul in his work there. This would be the time between the first and second Roman imprisonment and Paul needed what Titus was able to do.

The last mention of Tychicus finds him on his way to relive Timothy in Ephesus, 2 Timothy 4:12 HCSB I have sent Tychicus to Ephesus. Paul one again in chains he needed news of the Ephesian church so Tychicus was dispatched to take his place while Timothy traveled to Paul.

Often we think of the work on behalf of the church being accomplished almost entirely by Paul the apostle. But as we have discovered there were a great many “minor figures” working in a variety of places to further the bound of the kingdom.

Tychicus and his work is mentioned four time in the prison and pastoral epistles of Paul and once in the book of Acts. He was a frequent companion of Paul and a fellow servant. Trusted to assist Paul and other engaged in the work of the Lord in far flung places in the known world. This is just one among many whose name we know and work we note that risk life and limb in service of the Lord Jesus. These set a great example of service for all to follow in His service. The church must never stop sharing the Gospel. The church must always in every way by ever Christian proclaim the Good New of salvation to the known world.